It’s almost impossible to go to Vermont and not enjoy some pure Maple Syrup. Often warmed first, Vermonters pour it on pancakes, French toast, waffles, ice cream, oatmeal, cereal, and incorporate it as an ingredient in candy, sauces, and backed goods—I’ve even seen it in coffee.

And after my first taste, I knew I needed to incorporate it into a recipe: Maple Pecan French Toast Casserole!

As the US’s largest producer of maple syrup, Vermont has over 1,500 sugarhouses that tap more than 6 million maple trees to yield about 2 million gallons of syrup. In other words, this little state produces 47% of its nation’s maple syrup!

Now since this recipe was inspired by the real deal syrup, that’s what I use. It’s a pretty healthy French Toast Casserole as is (only 361 calories per serving), but if you are diabetic, or want to lower the sugar content of this Maple Pecan French Toast Casserole by using sugar free syrup, it will still be quite yummy.

While French Toast can be a pain to make for a lot of people, I love making this for guests because like my yummy Peanut Butter French Toast Bake, it can be prepared ahead. And I love hearing “this is the best French toast casserole!”

Also, even though you can soak it just 30 minutes, it is easily adaptable to an overnight French toast casserole. If it makes it easier, you can prep it ahead and refrigerate it in a covered bowl. Then give the French toast an overnight soak, and pop it in the oven in the morning. 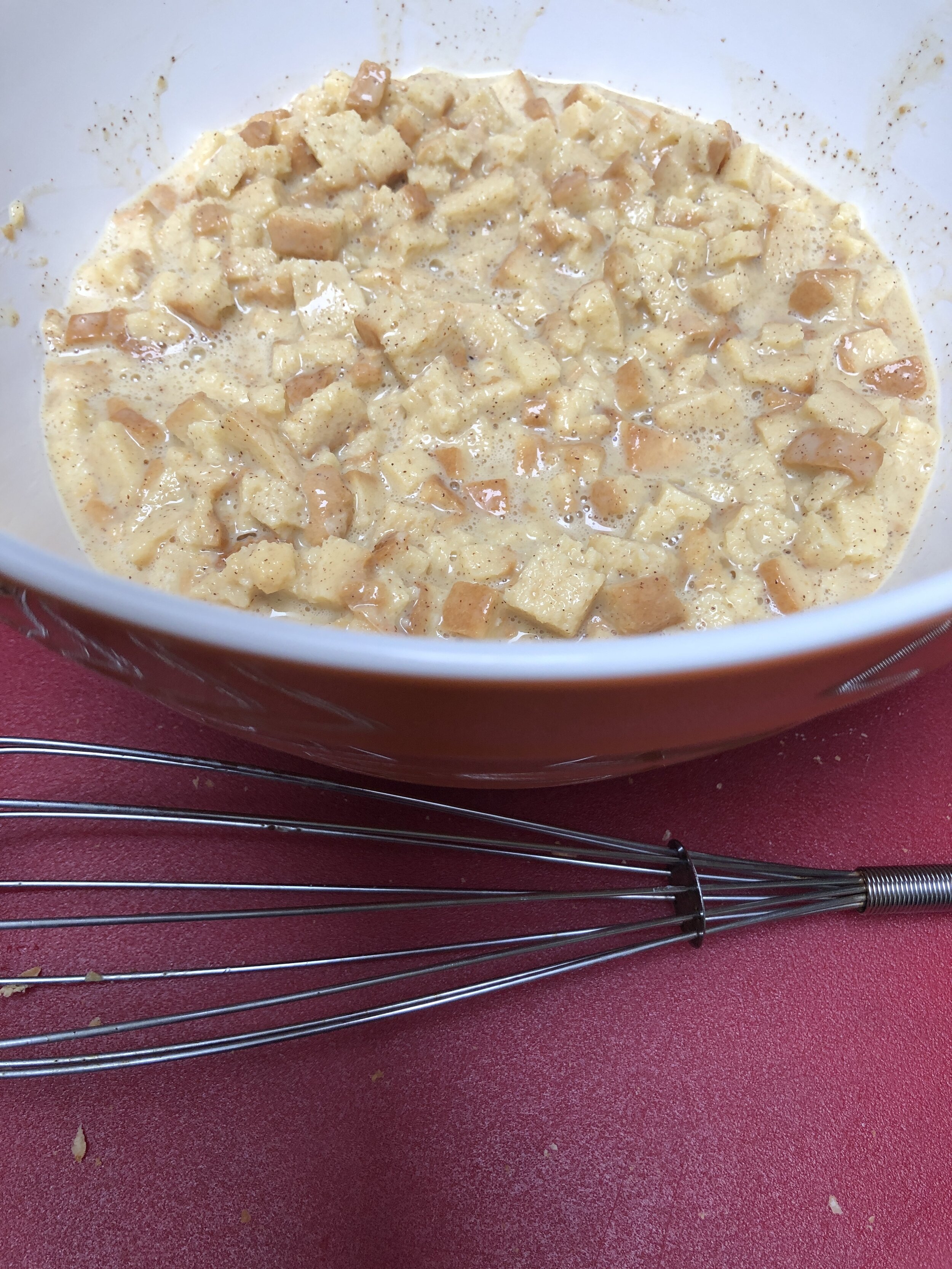 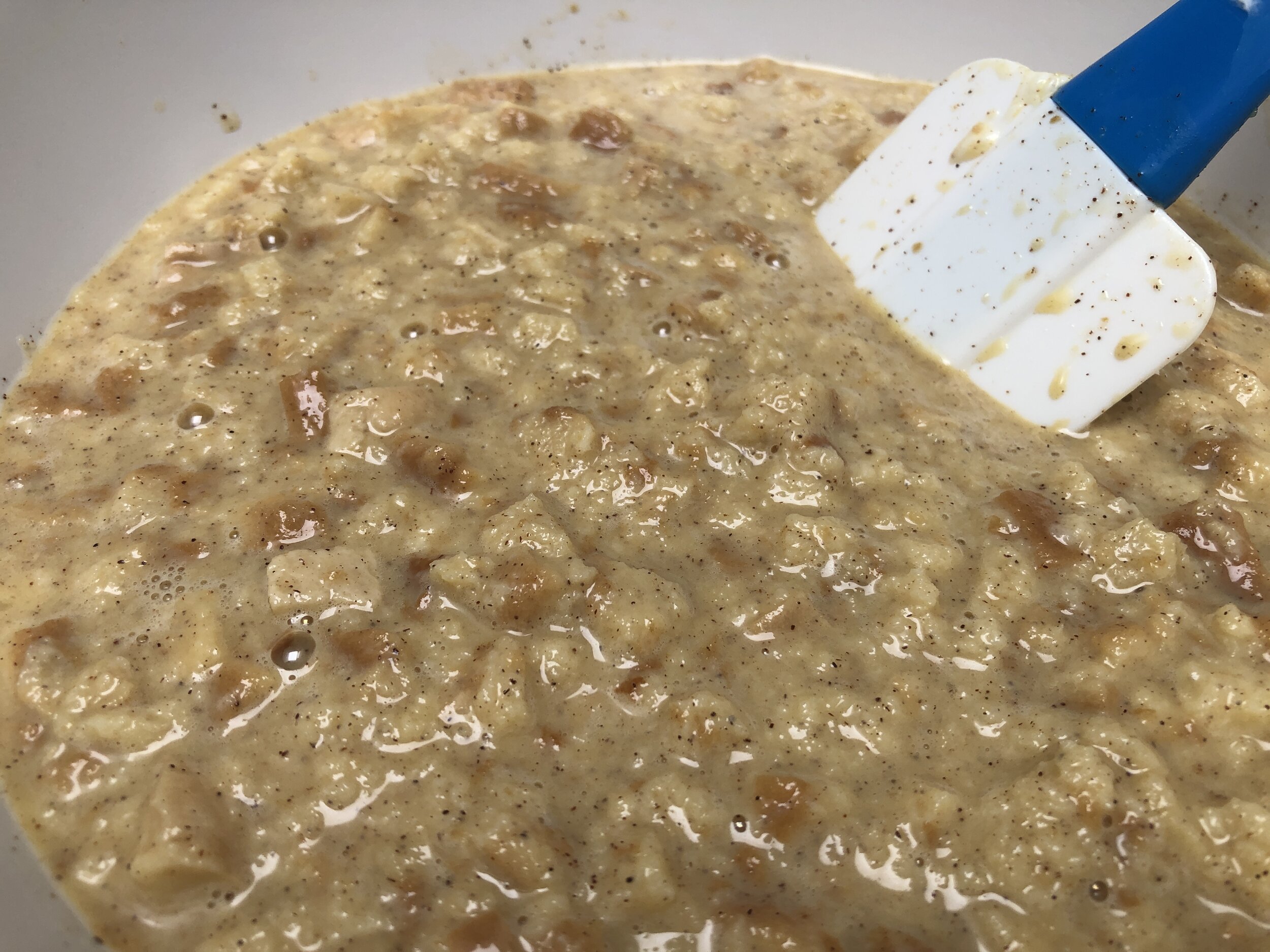 Above left, you can see the consistency of the Maple Pecan French Toast Casserole before soaking, middle is after soaking 30 minutes and stirred, and right is poured into the baking pan.

If you have a whole house full of guests, or need to feed an army, this recipe is a delicious easy way to make French toast for a crowd.

Instructions
1. In a bowl, whisk the eggs, Greek yogurt, yogurt, salt, cinnamon, and 1/2 cup of the maple syrup until well combined.
2. Stir in the bread until all of the bread is cover.
3. Let bread mixture sit a minimum of 30 minutes. You can let it sit overnight.
4. Stir bread and break of bread with a spatula.
5. Pour mixture into a well sprayed 8 x 8 inch baking dish.
6. Gently pat down bread so that it is all submerged the liquid. Also make sure ends and middle are spread even.
7. Sprinkle the chopped pecans evenly over the top, and bake at 325 for 30 minutes.
8. Rotate the pan and cook for an additional 15 minutes until cooked through (test with toothpick). The baked French toast should be soft but not jiggly.
9. Drizzle the additional maple syrup on top.

Tips
1. If you don’t find yourself in Vermont and want to try the real deal Maple Syrup, you can buy it here.
2. This recipe can double as a bread pudding dessert!